I don’t usually sputter when moseying up to the monthly newsletter/blog, but this month is an exception. I’ve delayed. Can’t blame it on the weather—it’s been perfect; can’t censure Covid-19—lockdown is easing; can’t accuse time—learned a long time ago that it’s my responsibility to make that work. So what’s the issue?

Well, okay, maybe it’s a wee bit of Covid-19, that feeling of a hangover perhaps, of being left in limbo…waiting for something? I think once the pandemic’s tsunami-like trajectory became clear and it began its circumnavigation of the globe from its origin in China, I, like everyone else I know, began to gear up, pare down, keep it simple, follow the rules (even as they fluctuated) and to pace myself; but what now?

The catchphrases here seem to be “no going back” or on to the “new norm.” Who knows what that means, except maybe we’ve all been a little more digitized and many (not all) relish the idea of working from home/flextime—and of course the wearing of face masks and maintaining good hygiene. The idea of what makes a “hero” has also become more right-sized, and acknowledgement has spread evenly, almost like the contagion itself, around the world and into the shape and size of every living person, however they serve.

A few years ago, I was both handed and voluntarily took on an assignment that I may or may not have been qualified to carry out; however, I had no choice as family assets depended on the safekeeping of the enterprise—either turning it around, selling it or putting it into administration in the cleanest way possible with the good of all the shareholders in mind. What did I know, other than being raised in a family where you rolled up your sleeves and never said “die”?

In the early days of sorting that job, I came across the image of a female pilot that caught my attention. She appeared straight out of Top Gun. I seemed to have missed this piece of news—she had become one of the first female fighter pilots in the US Navy. But then as I pursued the trail of this imposing and impressive black & white portrait, the story of Captain Tammie Jo Shults, who coolly landed a passenger plane with no hydraulics and only one engine, was revealed. I read a bit about her history, who she was, her education and her faith, and in one sweet synaptic leap, her heroism, her fortitude, her leadership, her coolness became mine.

If she could land an airplane with only one engine, with the lives of many at stake, who couldn’t get an enterprise to break even, be sold or put efficiently into administration? For a while I used her image as the screensaver on my iPhone, and that neural, quantum leap of admiration and respect now and again kept me steady. It worked. Task accomplished. Job done. Her “heroism” had become mine.

So, yes, a new understanding of “hero” has made the rounds since the surging epidemic came and (hopefully) is on the wane, reverberating in all of us. Congratulations—having paced ourselves, remained cool and calm, we landed, heroes all.

Have a happy, heroic July. 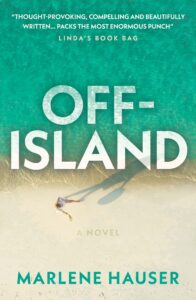 NOW AVAILABLE AS AN
AUDIOBOOK:
AMAZON
AUDIBLE
I TUNES