It’s not my intention to serialize Mine, but perhaps just a wee bit more… because a few of you have asked.

Tucker’s father Gaabriel realized early that Tucker had no talent for horseracing. His only appetite was for building. He left his imprint wherever, whenever he could. Whether with wooden blocks or snap-together Lego, the young Tucker would design and build sturdy, practical enclosures, seafront towns or seductive cities with efficient traffic flow. Whatever Gaabriel asked the adolescent Tucker to do — tackle a milk shed, a hay barn or a viewing stand — his son completed the task quickly, capably and with money to spare.

While Tucker flew to Estonia to explore his newly acquired deeds, Sophie found New York’s Estonian House. Just a short taxi ride from her office at Ascent Magazines’ headquarters, the almost sleepy, Beaux-Arts building stood discreetly on East 34th Street. Buzzing herself in, the odd, tight security seemed more like a private members’ club than a civic club open to the public. As she ascended the wood-paneled stairwell, the scent of bread, coffee and cabbage took her by surprise, just as the sharp odor of dark earth might, upturned on an early spring day.

On the walls along the flight of stairs hung a gallery of images: an onion-domed church, a field of wheat and a timber house with axe-cut ends.

“May I help you?” a woman’s voice called out as Sophie reached the top step, leading into a gift shop and library.  She was a slight woman, elegantly dressed in black, adorned only with a string of pearls.

“I’m interested in Estonia,” Sophie began. “I mean… I have a friend who… actually his grandparents, his parents, were Estonian.”

From the dark recesses of the library, beyond the concession, a newspaper rustled and a chair scraped against the floor. A tall, elderly man with thinning hair stood up. Towering over a glass partition that appeared a fixture more at home in Moscow than midtown Manhattan, he looked down at Sophie.

“I knew a Tõnis Mägi,” he said, “I went to school with him. We were engineers together. He was a friend. From Pärnu.”

“Really?” Sophie asked, at first taken by surprise, and then realizing the impossibility, suggested, “Maybe you mean his grandfather?”

“Maybe his grandfather,” the man echoed, his shoulders dropping. “Tell me about him.”

“He lives in Rye,” Sophie answered, “just outside the City; his family is in Louisville. He runs his own property company, sort of, took an MBA at Columbia. No siblings and his mother—Eeva Meri Mägi—recently passed away, but his father and grandparents run the Louisville stud farm. Maybe you should meet?”

“His father sent him some old paperwork, deeds, and he’s gone to Tallinn.”

“Sounds like a smart boy and one with a nose for money,” the elderly man laughed, tapping the side of his nose, “like all the Mägis. They once owned most, if not all, of the center of Pärnu, as well as the seafront. I think some buildings in Tallinn, too. Maybe things will be different now, after Independence. He’ll have a passport. He’d be Estonian if it weren’t for the Second World War. People are going back now.”

“On the other hand,” the man said, “there might be nothing left for a young Mägi. I won’t go back. Ever.”

He excused himself and started walking away, but then turned back to Sophie, remembering.

“There was a manor house,” he said, “belonged to the Mägi family. Twelfth-century, outside Tallinn.”

He rustled and snapped his newspaper, as if strong-arming disappointment, then looked away, but not before giving her a small salute, while the woman who had originally asked if she might help bustled forward. In her arms, she carried The Czar’s Madman, The Forest Brothers and a Brief History of Estonia.

Sophie bought all three, along with an Estonian flag.

“The colors of Estonia,” the woman rhapsodized, as she wrapped the package in twine and brown paper. “Deep blue for the sky, black for the forest on the horizon, and of course white for the endless snow.’

“Eat in the cafeteria, if you wish.”

“I will,” Sophie said, as she checked her watch, realizing she might be missed in the office soon.

The bread cut from a dark loaf and served warm in the café tasted of another time; the soup, made of cabbage, carrots and caraway, from another place. The square napkins, thin and red, along with the coffee, thick and black, served in a heavy demitasse, spoke of the old Soviet Union. The cinnamon in her coffee was a tug, a pull of some sort, as Sophie savored for a moment the possibility of Estonia and the rarity of this cool and quiet place on an otherwise bright and bustling Manhattan day.

Wishing you a new-norm November, leading to a quiet close to 2020, with gratitude for the amazing art of human reinvention.

Photo by Patryk Pastewski on Unsplash 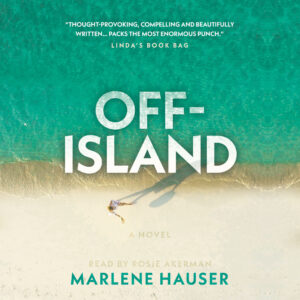